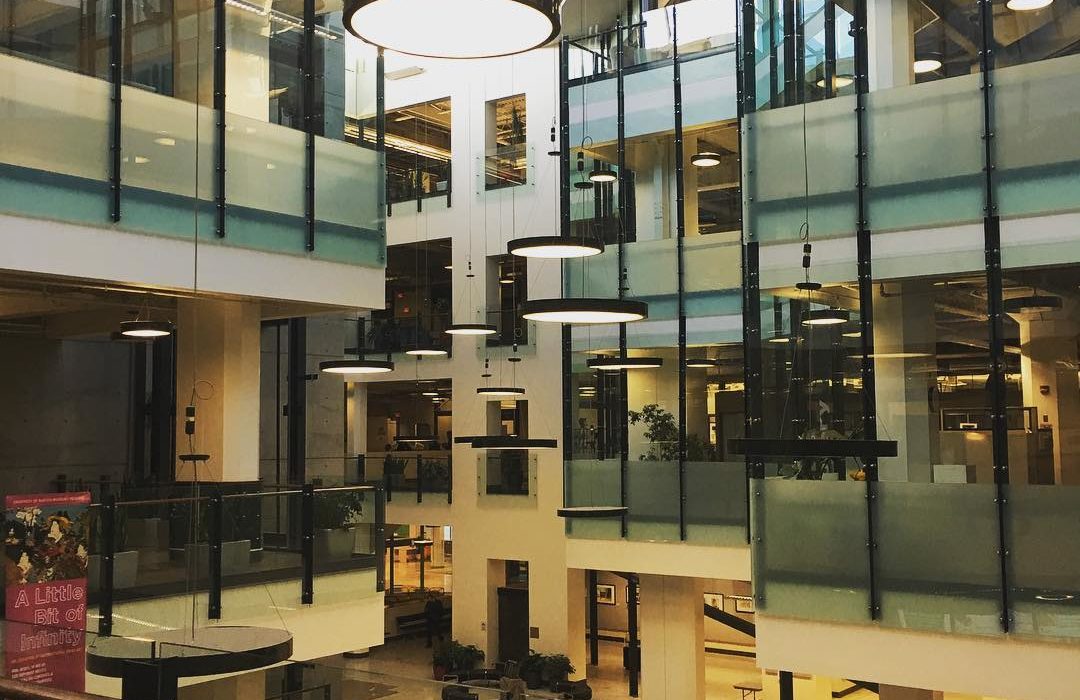 A (New) Contradiction in Albertan Entrepreneurship

We’ve changed as a city.

A quick story – a long way to get to my point, but bare with me and I’ll get there:

On March 23rd, 2018, the City of Edmonton voted to permanently shutter and – in all likelihood demolish – Northlands Coliseum.

As our Mayor put plainly:

“The city considered dozens of different scenarios for the building, Iveson said. But the cost to retrofit a building from the 1970s, he pointed out, with a lot of asbestos and other building materials that were popular at that time, which is essentially a big cylinder with awkward structural elements that hold up the stands, is not going to be inexpensive.

“At best we get a buck for the building,” he said. “Lots of people have lots of zany ideas. They would have all cost tens of millions or hundreds of millions of dollars that we don’t have.”

I can understand why the City wouldn’t want to pursue this. Creativity is challenging. Zany ideas are expensive and time-consuming. It takes daring, confidence and brazen stubbornness.

Fortunately, Edmonton is built on that. We built 5,300,000 square feet of shopping mall in marshland. This same City Council has green lighted an 81-storey building – at a time where office, hotel and apartment vacancy are at 10-year highs (I’ve written about this here). We have an actual, 600-acre farm in the centre of this city.

This is Edmonton. Don’t question our stubbornness.

So Ben Gardner of Gardner Architects – had one of these zany, entrepreneurial ideas led a team to create Agora Borealis, a concept that epitomizes that confidence. That ‘big cylinder with awkward structural elements’, after all, is also a large clear-span open space (arena interior) together with well-supported and structurally sound floor elements with decent ceiling heights (concourse levels) and exceptional access to public transit. Use what you can get. Combine this with a massive chunk of transit-oriented development and instantly we’ve hit every major box in the ‘Modern Urban Planning’ checklist. We should be salivating.

This could be ‘Las Arenas’ of Barcelona or ‘Highbury Square’ of London. At least ‘Stadium Lofts’ in Indianapolis. The building already exists – awkward or not, there are spaces, well below replacement cost, for people to be able to afford.

But we’re not, of course. Council has seen to that, and maybe they’re right.

I’m biased, for sure. I believe adaptive reuse is the highest art of construction. This goes further than that though.

This goes to the heart of how Edmonton business has traditionally worked. Organic growth necessitated by little outside investment. Reutilization and repurposing of existing assets to start along a different path. Every tradesperson, machine shop and construction company embody that commitment. We build businesses, hustle like hell to sell product and services and grow employees that venture out to do the same. Business grows in iterative steps – start and succeed in one vertical or business then start and succeed in the next one. This isn’t just about ‘Wayne’s House’ being demolished rather than reborn into something bigger and better, it’s about a shift in the way we expect businesses to operate.

We have plenty of Edmonton success stories that have lived this organic growth model. Companies like PCL, the Wheaton Group, Stantec and Rexall have transitioned that success into other cities with that same Edmonton work ethic and commitment. They started purchasing other businesses to grow, but the strength of their business was built organically.

We’ve stopped believing that this is the case, though.

Over the last month, the EEDC, Startup Edmonton and TEC Edmonton have come under well-publicized fire for their management of funding for entrepreneurs. Millions of dollars spent yet Edmonton entrepreneurs are still complaining of non-existent support. It’s easy to blame the snowflakes for not being able to figure things out for themselves. But they’re right.

Facebook, Google and Twitter weren’t borne into existence at the top of their fields, yet we’ve funded bureaucracy like our start-ups are already there. Our entrepreneurs are busy discovering fire and our Government institutions are trying to fund spaceships. The tech revolution doesn’t render the ground-up methods that have borne the greatest of our homegrown businesses obsolete. We need to get back to the core of what makes Edmonton business successful.

All businesses live and die on the strength of their founders, management, teams and ideas, just as they have in the past. Our (and our government’s) support and contribution needs to ensure that is the case. Let’s help entrepreneurs set up corporations, payroll and GST numbers. Let’s ease the tax burden with local or provincial SR&ED tax credits that are constructive rather than punitive. Let’s encourage existing property owners to create affordable space for start-ups through waiver of a percentage of property tax.