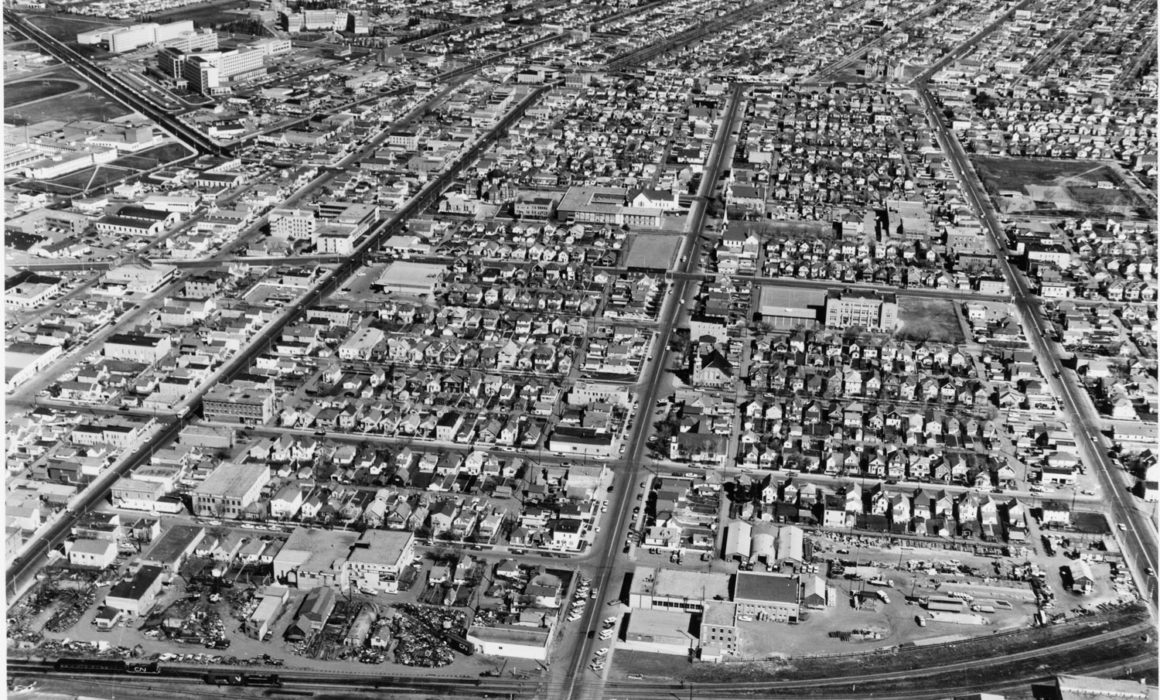 A month ago, developers, business owners and I were invited to discuss ‘Climatic Resilience of Inner-City Neighborhoods’, specifically speaking about McCauley and the Quarters in Edmonton, by Ashley Roszko, a U of A Masters student. Unsurprisingly (I’m sorry, Ashley) that group of people that love to talk got derailed quite quickly – and I heard something that I’ve been dwelling on for the weeks that followed.

Anna Bubel from Another Way – a literal and metaphorical community builder and a kindred spirit in restoring old buildings – had this take (paraphrasing – please comment and clarify, Anna!):

1) McCauley cannot be resilient – and cannot really change – because, 2) 30% of the housing stock is subsidized or supportive housing (the City’s reported numbers are slightly less but I’ll eat my socks if they’re not understated); which is, 3) an major disincentive for people to stay in the community; because, 4) we punish people for being successful by requiring them to move when they cross the income threshold for under-market units. Therefore, no new investment, no new services, no new amenities, no change.

That argument was new to me and I’ve been pondering the theory of it since. Subjectively, in looking at McCauley, this appears logical; it just doesn’t fit my worldview of urban planning.

Through a bit of research and thumbing through some old textbooks I’ve distilled my confusion based on the following concepts:

a) Absent outside forces, cities radiate out centrally in all directions equally (the Central Place theory and Rusk’s Theory of Urban Development from ‘Cities without Suburbs’);

b) Supply and Demand in Cities are cyclical (the heavily debated – not least due to its reported use to justify purposeful underinvestment in African-American neighborhoods in the use – ‘Neighborhood Life-Cycle Theory’; nevertheless, I think the concept has merit): demand and supply are both predictable – new housing can satisfy the demand of those more affluent, older housing will be maintained for less affluent occupancy and the oldest housing will be demolished until it’s viable to replace with newer housing.;

c) Durability of Housing (an excellent article on the concept): without any outside forces, houses are sufficiently durable to meet the basic shelter needs of people equally as it ages and depreciates (in order to accomplish the aging and movement suggested in (b)) and further implies that age of housing directly relates to its desirability and affordability (not strictly true, of course, but on the whole);

Simplified, the resulting growth pattern would be like a drop in a lake where the peaks are new construction and development of affluence (shown in white and ‘+’) and the troughs are aging and relatively lower-class properties (shown in blue and ‘-‘).

Clearly exceptions exist, especially with respect to environmental factors – proximity to a river valley or parks area, specific target amenities in bedroom communities amongst others. We can see this pattern – again, simplified – in our cities.

Just not in McCauley.

My belief is that the threshold income qualifications for housing subsidies create one of those exceptions. The requirements commit buildings, rather than people, to remain rather than age. Once a person earns above the low-income threshold, they are obligated to move in order to maintain subsidized housing stock rather than evolve and receive investment over time. That is nonsensical to me.

By moving people when they earn “too much” they can’t truly settle their families into the area. Moving is always on the horizon. Those that can’t emerge from poverty stay, but those that do – and could potentially help the rest of the community do so – are encouraged to leave. Understandably many people wouldn’t want to stay, sure, but we ensure that they don’t. After all, why not add the trauma of moving schools, friends and neighbors to a family that is finding their feet? The same chronic under-investment predicted in the Neighborhood Life-Cycle Theory prevails. The expectation of a neighborhood’s decline plus the inability for higher earners to reinvest in those same areas all-but-confirms it.

I would argue that strong, sustainable communities are built around multiple generations and demographics living harmoniously, with housing, retail spaces and amenities available and open to all income levels. McCauley has not had that opportunity. The ideal solution is a ‘Habitat for Humanity’ style option. A low-income family is placed in a home and pays what can they afford (based on CMHC’s safe housing spend guidelines), build equity in the home through the differential of their rent and the true operational expenses of the home, and purchase that same property when their finances allow. They move their lives forward, invest in their neighborhoods and help others do the same. Neighborhoods would be stronger for it.

The question is – and I don’t have an answer – how can it be profitable enough for developers to take on the challenge and monitored well enough for government subsidies to not be abused?

All ideas welcome. It’s a problem that needs to be solved.