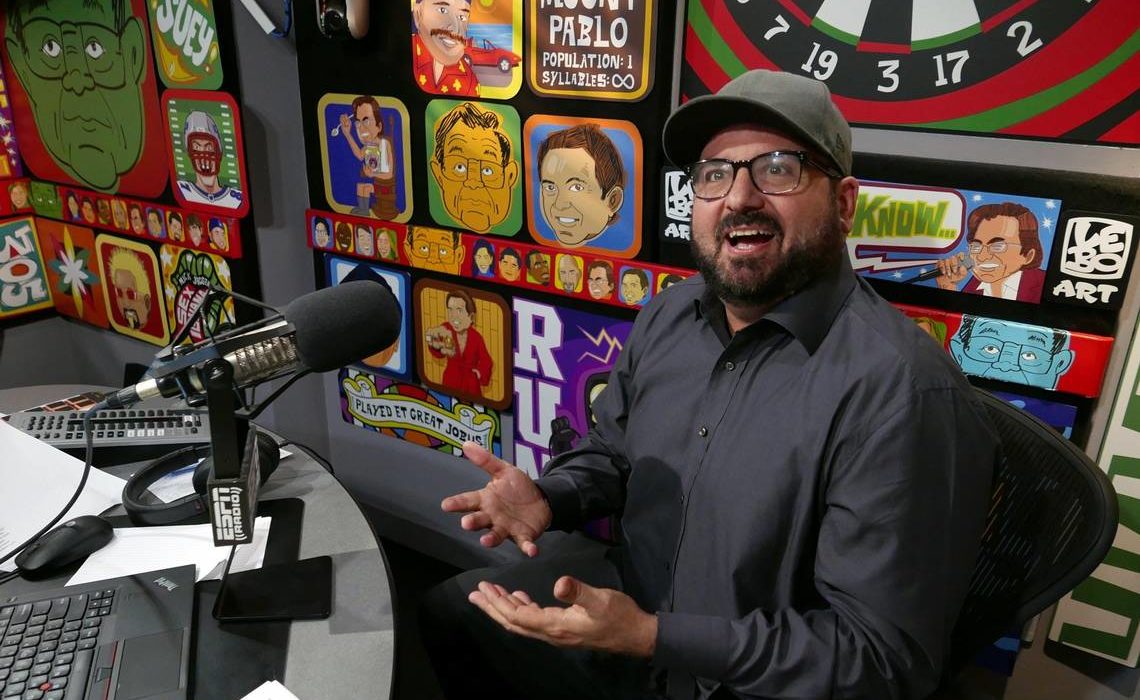 ‘Soul’ and Basketball – Dan Le Batard, ESPN and the Soul of a Corporation

A particularly insightful podcast from the Ringer’s Bill Simmons (now two – makes me feel less bad about getting this out once the story is forgotten), brought forward a concept that I can’t seem to shake from my mind.

Dan Le Batard vs ESPN story from earlier in the week – especially interesting based on the circumstances of his departure from ESPN a few years earlier;

Bill references a conversation with Le Batard about challenging ESPN to punish him (which they did) for making that statement as it presents an obstacle for, paraphrasing as I understood it, ‘falling prey’ their journalistic soul on a subject he cared deeply about. Bill points to his Grantland, 30 for 30 and ESPN: The Magazine experience as moments, albeit pre-Disney takeover, where ESPN created content that provoked debate on the fringes (or perhaps even directly in) the realm outside of sports. Political impartiality, however, is a Disney requirement. America’s largest media outlet must appeal to the entire country without question. Le Batard used his live radio platform to share his outrage at the Racist Tweet scandal. Dan Le Batard dared them to take a stand and they did, in a sense, with a slap on the wrist to try and satisfy all involved.

Can’t say it worked. Bill’s point – and I concur – ESPN sacrificed their right to explore sports at the fringes of politics.

I wrote about the soul of the broader hospitality business being heavily diluted by the forest of new hotel brands being created in the past 5-10 years (more have popped up in the interim, of course, because there still aren’t enough apparently) and it’s a similar point in many respects. ESPN have sacrificed their journalism roots and focused on live-action sport. Some people inevitably feel that loss. Every business student, though, learns the cautionary Kodak tale on reluctance to change; in the face of streaming media and potential decline of written media of all kinds, ESPN chose a new path. I can’t help but feel that this is more nuanced than that though.

The concept of ‘soul’, in a business context, is a fluid intersection of qualitative and quantitative worlds to begin with (and, some might argue, impossible for ‘money-grubbing’ entrepreneurs). I define the soul of a business is the collective ideology of people within a business to describe its differentiating characteristics from its peers. Product, aesthetics, corporate culture, social responsibility, doesn’t matter. Products and services are generally interchangeable; our positioning, ‘look and feel’ of our branding and positioning – that’s what the soul of the business is.

ESPN, I assume, felt that sports content alone – rather than journalism – reflected its soul.

The realization for me (and perhaps for them) is that every change a business makes is a reflection on leadership’s interpretation of what that soul is. Every person in a business connects with that soul through a unique lens. Some people will stay believers, some will question their faith and some will simply abandon it altogether. Bill did. Maybe Dan Le Batard will. Perhaps Stephen A. at some point.

Smart people make these decisions. I don’t really know either of those businesses. Hard to say whether either of them will be successful. If the fundamental people in your business can’t find the soul of your business in what they’re doing, though, then how can you truly grow?

I can’t say I agree or disagree with ESPN’s stance. It’s quite literally not my business. It is disingenuous to me to ignore politics or business completely in a discussion of sport. I think ESPN – while they may not have to take a stance – can’t simply try and sweep their national platform under the rug when it comes to the pressing social issues that affect its viewership, the individuals that comprise its content and the influence that sport and sporting achievement has on the rest of the country.