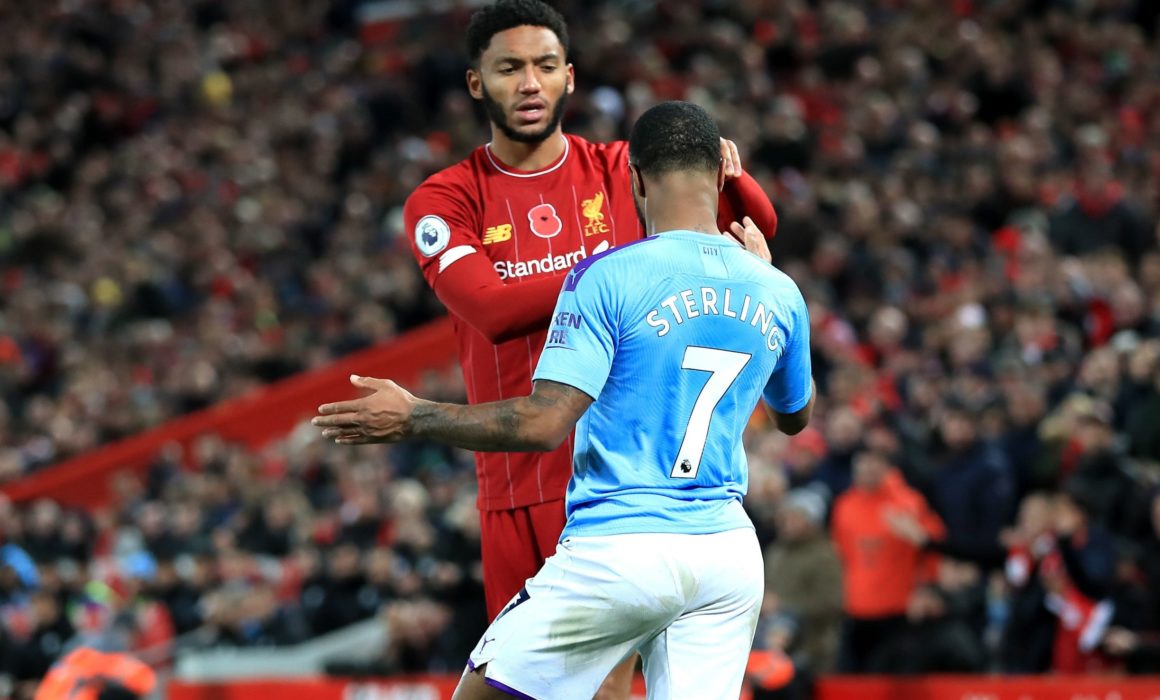 International teams have come together for World Cup Qualifying fixtures over the next two weeks and, with them, the English team came together. Enter two English players that played in the Liverpool – Manchester City fixture – Raheem Sterling, an offensive superstar entering the prime of his career at Manchester City (and a former Liverpool player) and Joe Gomez, a developing defender on the fringes of the England squad looking to cement a place in the international arena. Stories abound on the true facts of their altercation – stemming from the hostility on Saturday – the event became public, got hold of by the English press, and, as a result, had to be dealt with publicly by Gareth Southgate, the England Manager.

People have always bad mouthed their former employers, ripped past colleagues, threatened (or, in the most extreme cases, taken) legal or physical action. We all know that social media has changed the speed and reach that these actions can have exponentially. Fights – physical or otherwise – are common in all sports teams but rarely, if ever, get reported. Media covering the team face repercussions if word gets out. Players, even with social media, rarely comment publicly. The incident passes, teammates moved forward – liking each other or not – together. The team ‘code’ is respected.

What is most interesting – and educational, in a sense – was the response by the leadership inside the FA (the corporate structure of the England team) and the dressing room to this issue.

Southgate threw out the code altogether. Details started to leak – seemingly intentionally – on the altercation, immediate aftermath, reconciliation and sanctions enforced. The star player was reportedly at fault. Sterling ‘attempted to choke’ Gomez and had to be separated. Sterling then left camp expecting to be suspended. Jordan Henderson, the English captain, brought them together. They reconciled. Sterling returned to camp. The player didn’t pick up a ‘mysterious flu’ or ‘injury in training’ to be quietly punished and no one hid Sterling’s departure. The Manager announced a one-game suspension publicly and took questions after, attempting to walk the line of explicitly disciplining a player while both maintaining respect of authority and discipline in the dressing room and trying to maintain harmony and trust in the dressing room by airing team business outside of it.

This should strike fear – and opportunity – in the minds of all leaders. Social media is the quintessential double-edged sword. Companies – for many very good reasons – are losing their implied code of silence. Obviously, criminal and discriminatory issues must be brought to light; that should have been and must be the case. The difficulty is that less toxic, more mundane issues – conflict between colleagues on direction of a business, social disagreements outside of work, and disputes over recognition or commissions – are often brought to light as well. As expectations of a public shaming and response to issues on social media seem to grow, leaders must be disciplined in walking that line. Social media is a marketing tool for businesses and should remain so. It is not, however, a company’s opportunity to defend itself in the court of public opinion. Working to address issues is. Restaurant and hotel reviews are a great example – restaurants that dispute with public comments never win. Unless you’re apologizing on behalf of the business for a public, significant wrong, the customer is always right online. Your social media should be restricted to the ‘good’, ‘new’ and ‘voice’ of your brand. This is not to say that negative reviews, customer experiences or disputes should not be addressed; the opposite is true. It is a customer’s right to comment or complain publicly. We give them the avenue to do so. Wherever possible – and non-criminal, however – these should be in confidence between affected parties.

Time will tell whether Southgate was correct. It’s inconceivable that he raise and publicize all minor team disputes—he’ll be explaining himself on a daily basis. This wasn’t a ‘Don Cherry’ sized problem. He’s been on the receiving end of racism rather than the one perpetrating it. Sterling has responded maturely from the cruel press coverage he’s been subjected to by the English media in his career. He has no track record and worked extremely hard to prove doubters wrong.

Even so, Southgate felt compelled to respond to the metaphorical restaurant review. We’ll see if he emerges unscathed.